Polyethylene terephthalate – or PET for short – is one of the highest-quality plastics. It not only meets the highest demands of the food industry, but also plays a major role in almost all areas of daily life. PET is used in a wide variety of forms and applications. Weight, break resistance and formability are among the most important properties of the material.

The shareholders of PET to PET are pioneers in packaging design and the use of recyclate. They have already succeeded in launching packages made of 100% recyclate on the market. On average, a new PET bottle in Austria consists of at least 30-40% recyclate.
The largest proportion of the base material produced at PET to Pet is used for the new production of PET bottles - according to the bottle-to-bottle cycle.

They hold everything together and require the use of a knife or scissors when you receive a package at home. We’re talking about the roughly one-centimetre wide strapping bands that are made of PET and have become a ubiquitous part of packaging technology.

Characteristics such as an especially high resistance to ripping and abrasion and low absorption of fluid make PET the most important textile fibre, also known as polyester. It is also wrinkle-free, weatherproof, and fast-drying. The popular fleece fabric, for example, is made of PET. Textile fibres made of polyethylene terephthalate are commonly used in sporting goods as well as winter and outdoor clothing.

The production of film is a major area of application for PET. It is used for everything from typewriter ribbons, film stock, and photographic film to substrates for magnetic tape, packaging film, and light protection film. Metallised films, which are used as first aid blankets for accident victims, for example, are also made of PET. 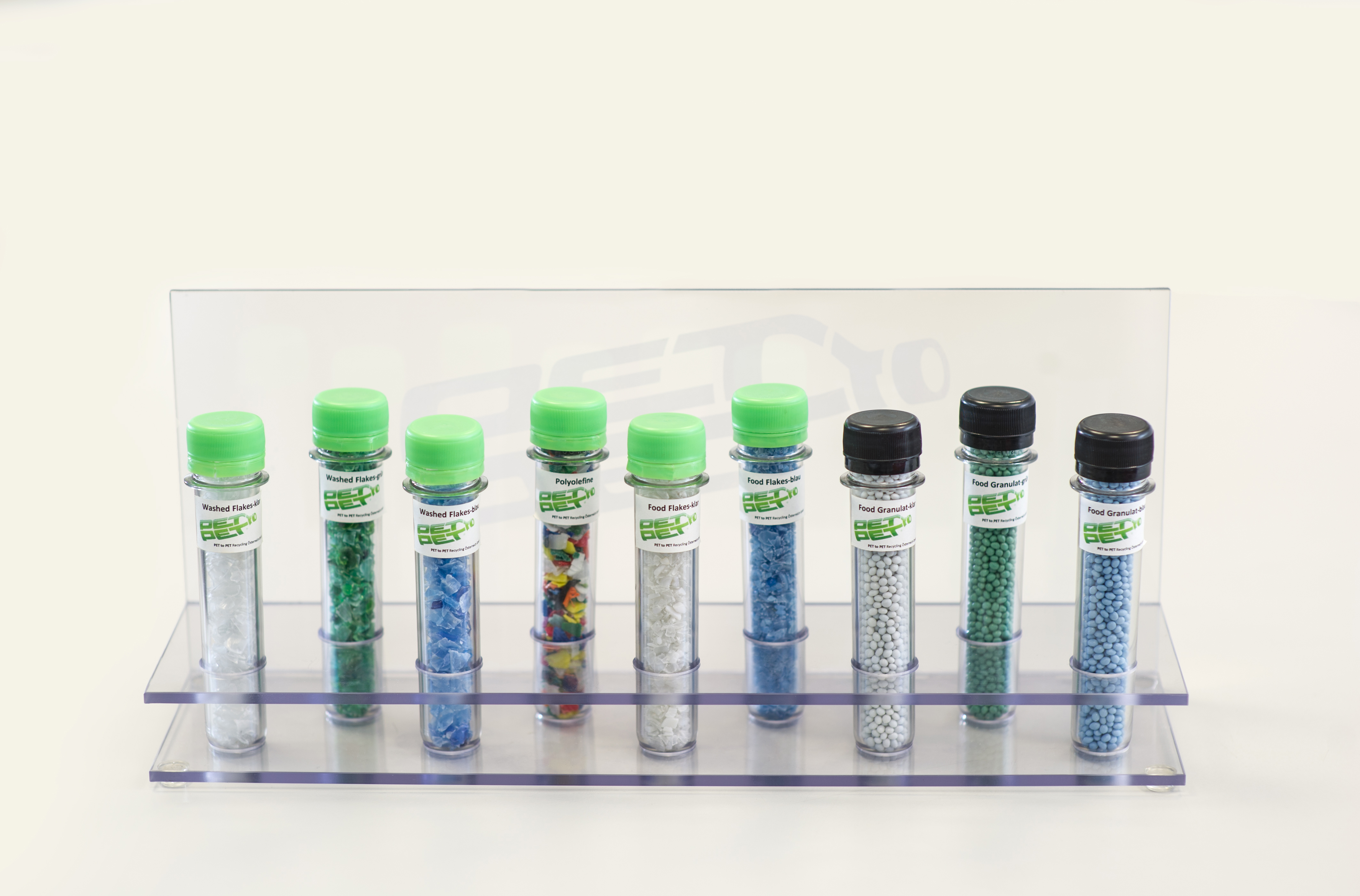